It was roughly fifteen years ago when we first broke ground at our orphan care center in Malawi. It’s located in a small village about an hour outside of Blantyre and at the time there was no electricity anywhere near the facility. We had to design the pump for the well, as well as everything else, to be operated by a generator. The generator has had it’s place but we are grateful that electricity is now coming to our area of the world!

We have a saying we often use which is, “This is Africa!” Things are just different in Africa. The construction of the buildings is different, the wildlife is different and the pests (termites) are different. Which brings me to the whole point of this update, we need to do some serious renovations! Fifteen years in the African sun, winds, rain and everything else has taken its toll and now it’s time to do some repairs and renovations.

This year has brought two tropical storms back to back which have removed some of the roof in places and has eroded the brick security wall in areas. The water tank which is imperative to our operations needs to be replaced as well. We will also be adding a new administrative building where our director will both work and live on site for added security. We currently have a large area for our gardens but we would like to add a separate playground area for playground equipment as well as a place to play soccer and other games.

I believe God led us to the location of this property because the land that we purchased is adjacent to the local elementary school which not only makes it convenient for our children to come and go but also allows other children to visit, play and come to meetings as we have them.

We’ll be focusing our attention on this need until we’ve been able to secure the finances needed as well as make all needed renovations and additions.

For more information on specific costs involved feel free to contact us, or visit our Donation page. 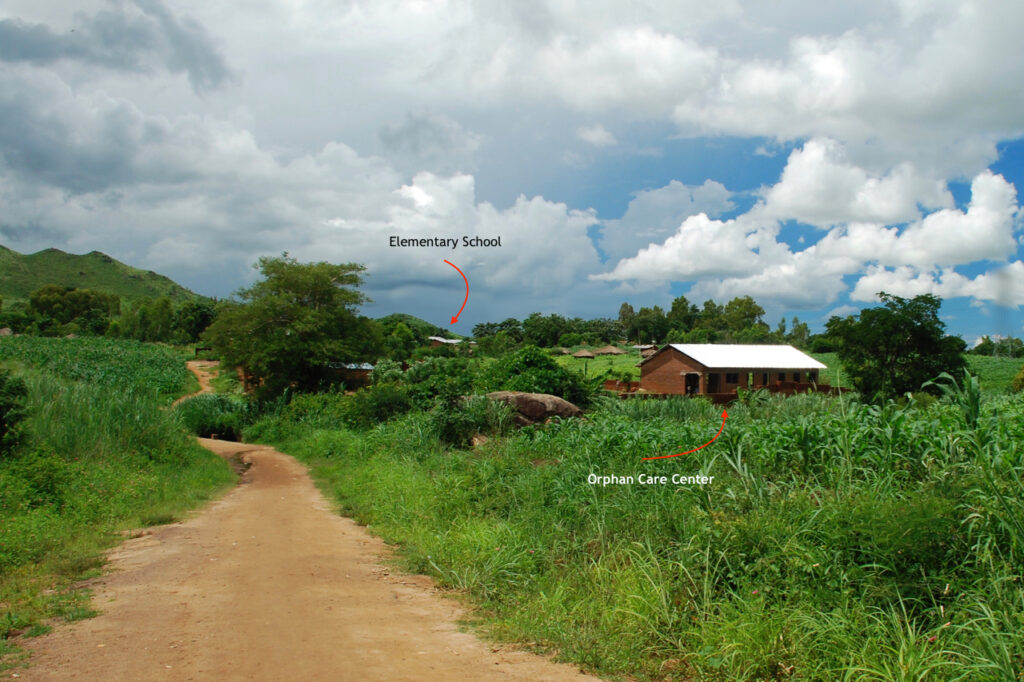 Holding a population of 16 million while also being one of the smallest African nation doesn’t set you up for accumulation or distribution of wealth. Arguable the most underdeveloped nation in the world, Malawi suffers greatly in essentially all categories available. Access to education, general standard of healthcare, infrastructure, and quality of living conditions are all limited or substandard. Because the nation is unable to develop in general, they’re for all intents and purposes stuck with trying to drive their economy using only the most primitive levels of agriculture. With common weather variations, as well as injuries and fatalities facilitated by poor health care, Malawi’s world lowest GDP per capita of $226.50 doesn’t seem like it will be rising too significantly any time soon. 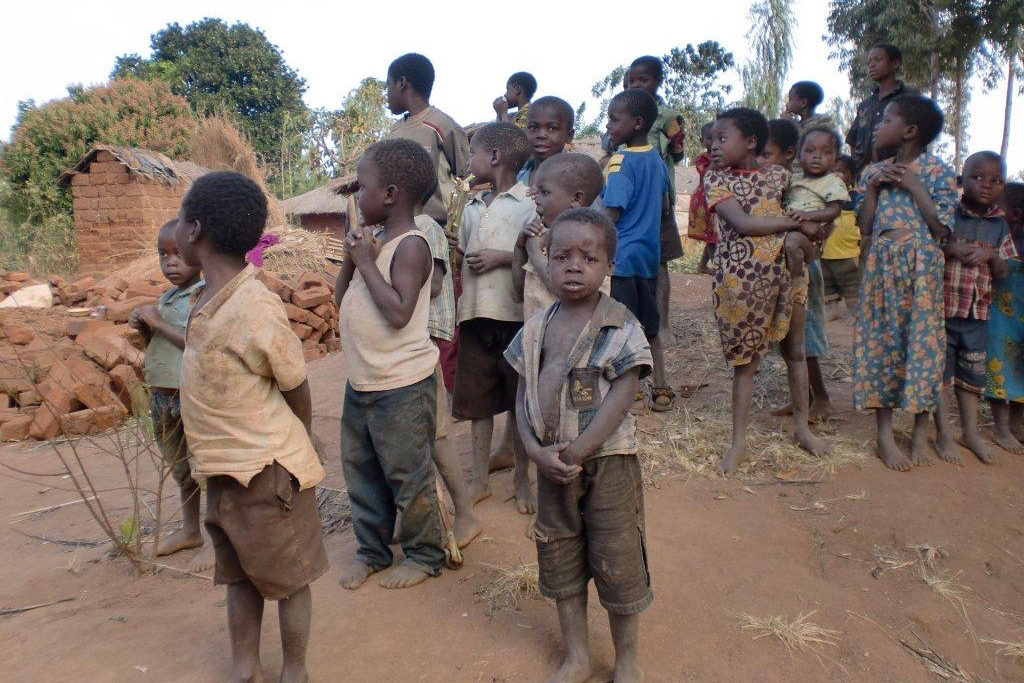 Blantyre — Despite a nationwide vaccination campaign that started in May, Malawi is struggling to contain a cholera outbreak that has infected more than 1,073 people and caused 44 deaths.

The figures from the Malawi Ministry of Health, updated as of Aug. 16, 2022, are triple the numbers recorded when the vaccination campaign was launched three months ago.

The report also says the outbreak has spread to 10 districts from eight in May. The hardest hit districts include Blantyre with 489 cases, Neno with 128 cases, and Nsanje with 289 cases.

George Mbotwa, spokesperson for a health office in Nsanje district, which borders Mozambique south of Malawi, said continued incidents of cholera in the district are largely because of movements of people between the two countries.

“What is worrisome is that we have now continued to record the cases when by now we would have contained the situation,” he said. “It’s because some of these cases we are sharing with Mozambique. So, the cases will be coming from Mozambique and then reporting to health facilities in Nsanje, then being recorded as Nsanje cases.”

Mbotwa said the situation is slowly improving, after officials on the Mozambican side agreed during recent discussions to set up cholera treatment sites on their side of the border.

“The Mozambican side by then didn’t have cholera treatment sites, and now they have them there, so people are able to report the cases right there, unlike coming with cases to Malawi,” he said. Cholera is an acute diarrheal infection caused by ingesting food or water contaminated with bacteria. The disease affects both children and adults, and if untreated, it can kill within hours.

Penjani Chunda, environmental health officer in Blantyre, said although Blantyre is largely an urban area, cholera cases are on the rise because most people fetch water from unprotected sources like rivers and streams.

Chikumbe also hopes the second phase of the national oral cholera vaccination campaign, which is expected to start soon in the most-hit districts, will help contain the situation. 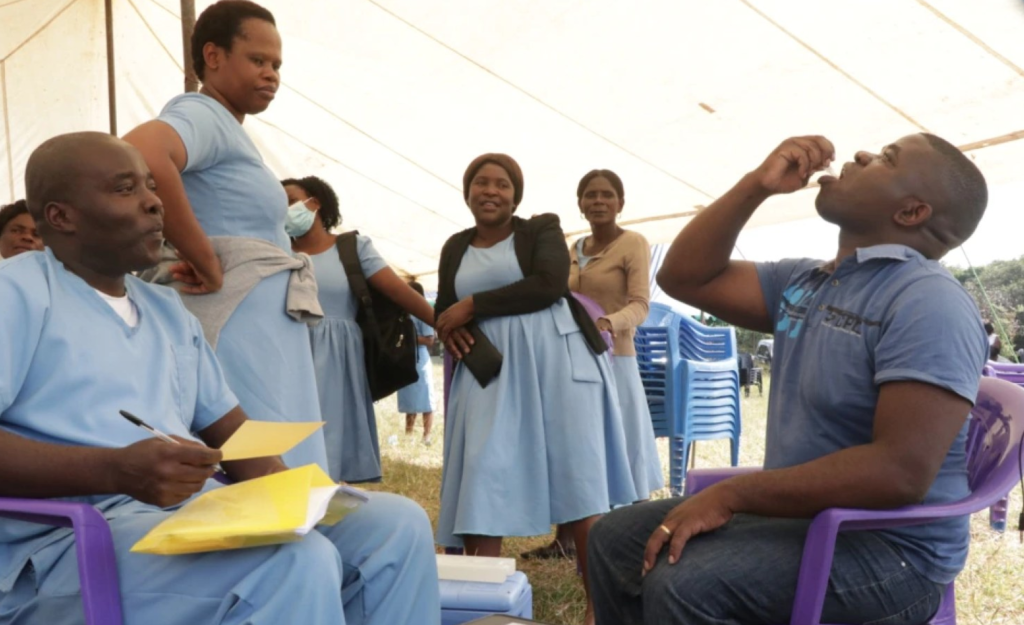